on a roll of 35mm film were always throwaways: quick advances in the roll to get to the guaranteed unexposed stuff. When the film returned from the lab, the loading shots were always a part of the thrill of the first look.  Half blurred, maybe part of a face, probably lots of cables on the ground.  I miss the occasional frame that would make me smile and rethink my process.  With my Hasselblad, a chip’s replaced my film backs.  Happily, I have an occasional equivalent: when I overshoot the buffer’s speed, I still get an image on the card – just not the one intended.  Here’s WFMT radio  program host George Preston: 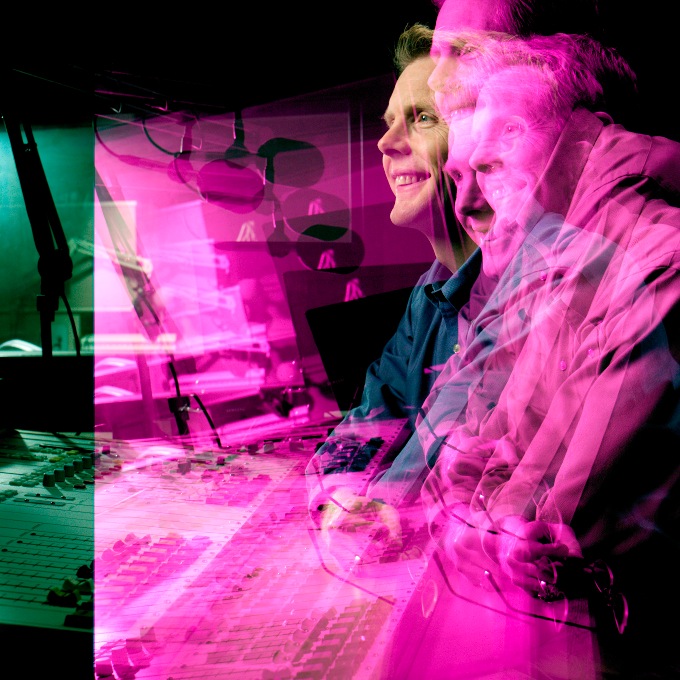 I brought along a granola bar because I knew we’d be going forward in time.

Christmas in June at the American Gothic House

When the Going Gets Tough, the Tough Decorate.

Congrats on your Nobel, Mr. Fama

This is Not Del Close’s Skull