Christmas in June at the American Gothic House

312 miles from the Art Institute of Chicago – the museum home to Grant Wood’s painting American Gothic – is the town of Eldon Iowa where Wood, who lived nearby, found the farmhouse that inspired the background for his most popular work.  The house remains there, modest on its own but gussied up by an adjacent visitor center where people arrive daily, sometimes by busload to put on provided costumes, grab a prop pitchfork, and stand on a concrete circle in the house’s front yard to give their own personal twist to Wood’s Modernist masterpiece for their cameras.  In June I had a magazine assignment that took me there.  Inside.  For a Christmas issue.  That had absolutely nothing to do with American Gothic, Grant Wood, or Modernist art.  Well, at least no mention of it in the assignment.  It was an undeniable character in the shoot, though.

For four years author Beth Howard paid the $250 a month rent, lived inside and braved the daily parade, watching the backs of countless farmers, wives and pitchforks from her living room window.  She’s left recently, heading to Los Angeles for a shift in inspiration as she works on a new book. At least for now it looks like the State Historical Society of Iowa, who oversees the building, has opted to rent the porch and grounds out for events, leaving the interior empty.  So no, for the moment at least, you can’t live there.

During her tenure at the American Gothic House Beth baked pies.  A lot of pies.  She set up a wildly successful pie stand in the front yard, making national news. And she wrote books, among them a cookbook that, while it supplies wonderful pie recipes, is as much about the social gathering, sharing, and slowing down that the process creates as it is about basic deliciousness.

I arrived in the morning with holiday props.  It was about 80 degrees and Beth put me to work slicing apples as she strung lights around the kitchen.

Detail, American Gothic.  See the door to the left of her head?  That’s the kitchen.

Holiday Beth with the reverse of that door in the painting.  No apples were harmed in the making of this pumpkin chai pie – 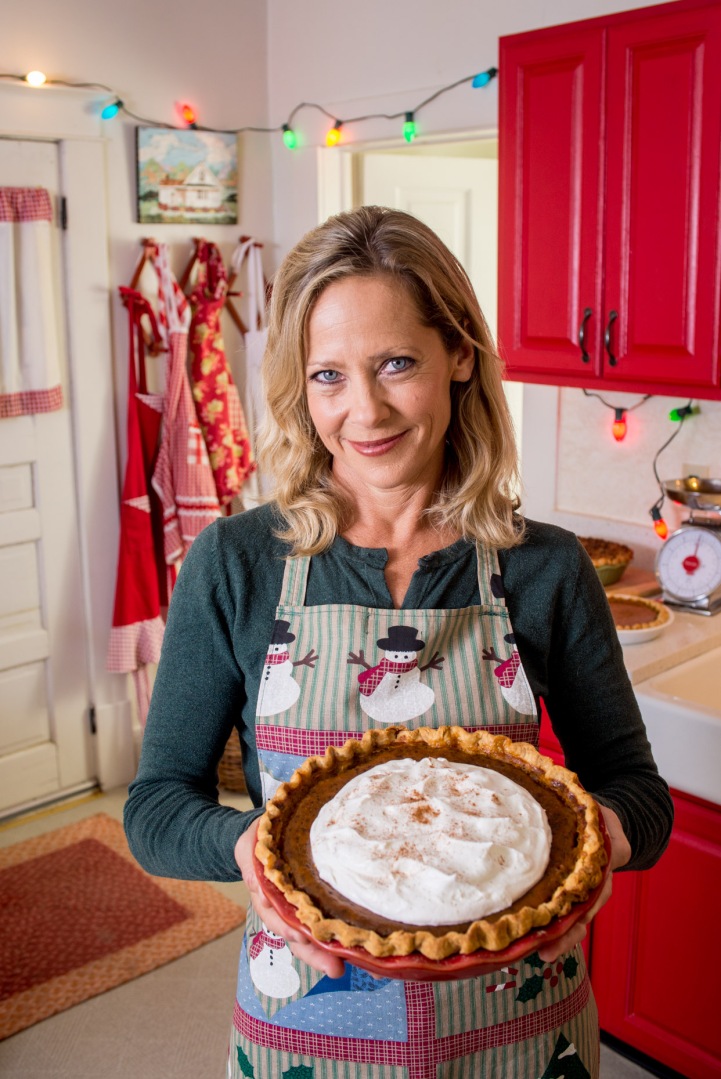 And a few mini pumpkin chais with the leftovers:

Yes, when we were done, I had pie and went around the front of the house to take the photograph above and another of summertime Beth.

Wonder if she brought her pitchfork to Los Angeles.

I brought along a granola bar because I knew we’d be going forward in time.

When the Going Gets Tough, the Tough Decorate.

Congrats on your Nobel, Mr. Fama

This is Not Del Close’s Skull